ShackTack's primary Arma 3 interface mods are now wrapped up in a packaged known as “ShackTac UI”, which can be downloaded through the Steam Workshop or PlayWithSix. This compilation includes the following:

The ShackTac Fireteam HUD was designed to do the following: 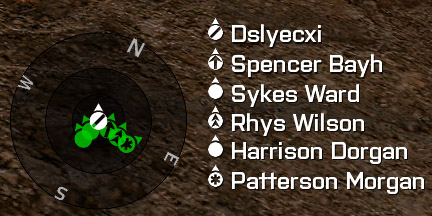 As long as you are in a group, and not inside of a vehicle, you will see the Fireteam HUD displaying at the bottom-center of your screen. There are three circles – the first one indicates a range of 15m, next is 30m, last is 50m.

When a unit is in a vehicle, their unit role icon will be replaced by a vehicle role icon. This will icon will indicate whether they're a driver, gunner, commander, passenger, or a passenger in a fire-from-vehicle (FFV) seat.

Color-coding group members is supported – to use, simply use the in-game team assignment feature – the changes will be made to the HUD after a few moments.

The STHUD has a default compass overlaid into it. You can disable this through the fthud_usermenu feature. This compass is tied to your in-game compass item, so if you do not have one, it will not show.

When inside of a vehicle yourself, a compass bearing indicating your current view direction will be placed at the top of the STHUD. This is intended as a fail-safe, always-present UI element, allowing vehicle crews to use standardized communication without needing to rely on every vehicle being configured to have the same style of Arma compass.

Occlusion is taken into consideration when displaying units on the STHUD. If you do not have a valid line-of-sight on a unit, their marker will begin to fade away, becoming invisible after a few moments. Reestablishing line-of-sight will cause the marker to fade in again. Moving through dense terrain such as heavy woods or jungle thus makes keeping line of sight that much more important.

In previous iterations, the UserMenu allowed you to change a few different things from the UI directly. However, the UserMenu's only purpose in the current version is for resetting the HUD. The menu is brought up by pressing alt-shift-H in-game. For some of the other options that were allowed in previous versions of the UserMenu, see the customization through CBA Settings section.

The HUD can be configured to convey the core information that is otherwise found in the Squad Bar of Arma, which typically looks like this:

To enable our hidden squad bar mode, set the bool STHud_NoSquadBarMode to true in a mission or mission framework. Alternatively, you can toggle this setting from the corresponding field in the CBA Settings menu.

When in this mode, the HUD will now indicate unit selections by a > in front of the name, as you see in this image.

Note that this does not support more than 12 members in a group currently. If that's important to you, keep the squad bar enabled.

STGI is designed to take the existing vanilla group icon concept and flesh it out into something more usable – instead of being a perfect representation of team members at any distance, we’ve made it a more interesting package that helps to preserve functionality while increasing depth. 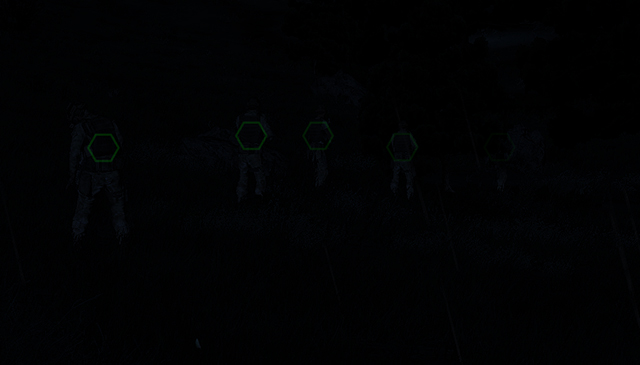 The ShackTac Name Tags system – STNT – was designed to replace the existing Arma nametags in order to make them more usable and interesting. This is intended to be used alongside ShackTac HUD and the ShackTac Group Indicators. 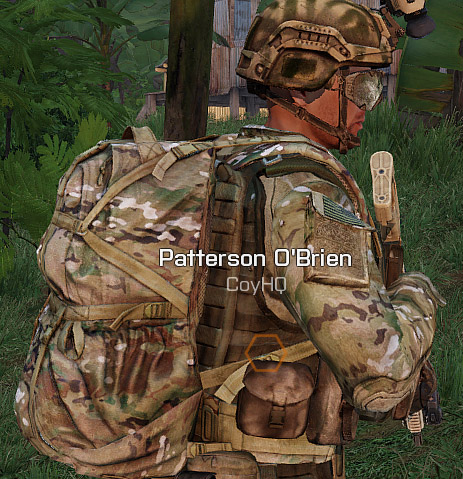 The tags will fade over distance, with the name being visible for twice as far as the group. The furthest you’ll see a name tag at is 40 meters, and this distance changes based on the lighting conditions. You’ll see the tags at shorter distances during dusk or dawn, and at much shorter ranges at night. If you have nightvision on, you’ll be able to see the tags better at night than otherwise, but still not at daytime distances.

If group colors are being used within a group, each member of the group will see people’s names displayed in the appropriate colors. This only happens within your own group – all other players will display with green names.

Dead friendly units will display name tags from a very close range, like so: 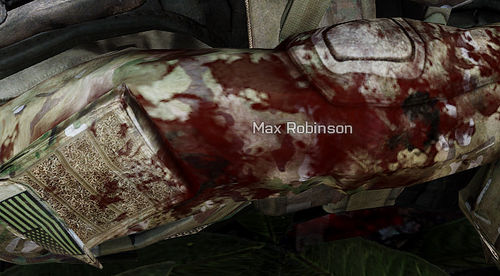 A few other notes:

The ShackTac Stamina Bar is a mod created to help give a subtle visualization of your current stamina level. This has no prerequisites.

This is a very simple way to maintain awareness of your stamina state. In reality it’s very easy to tell how tired you are, how long it will take to recover, etc – whereas in a game, having breathing or screen-dimming effects doesn’t convey the same detail of information. One of the concerns about any sort of stamina representation is that it could clutter the UI, and because of that, I’ve gone to extra effort to ensure this is a very subtle visualization. 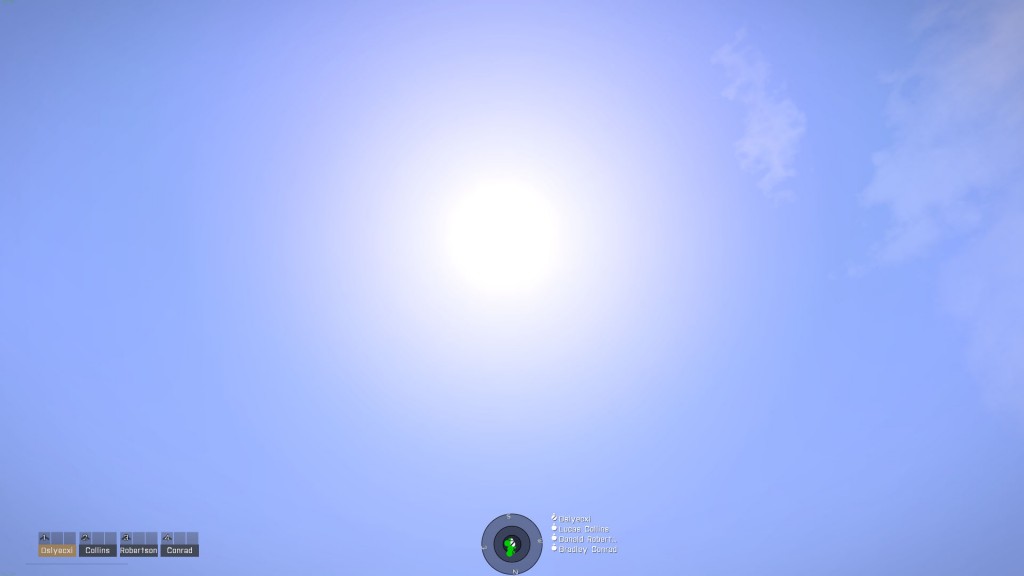 The stamina bar appears in the lower-left of the screen, mostly translucent at the start. As fatigue increases, the bar becomes more visible and begins to fill up, changing color smoothly from green to red as you accumulate stamina. 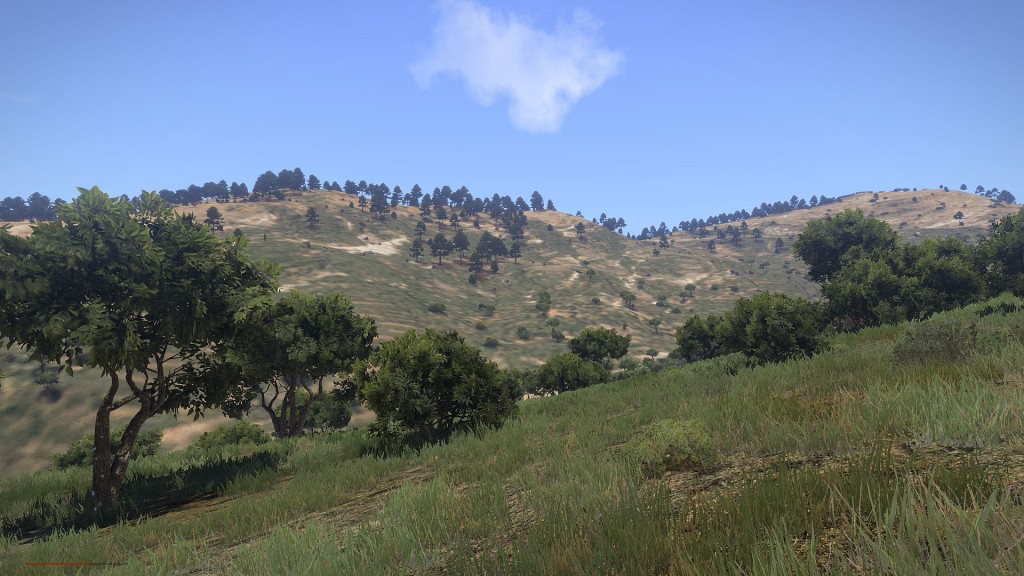 A few other features: 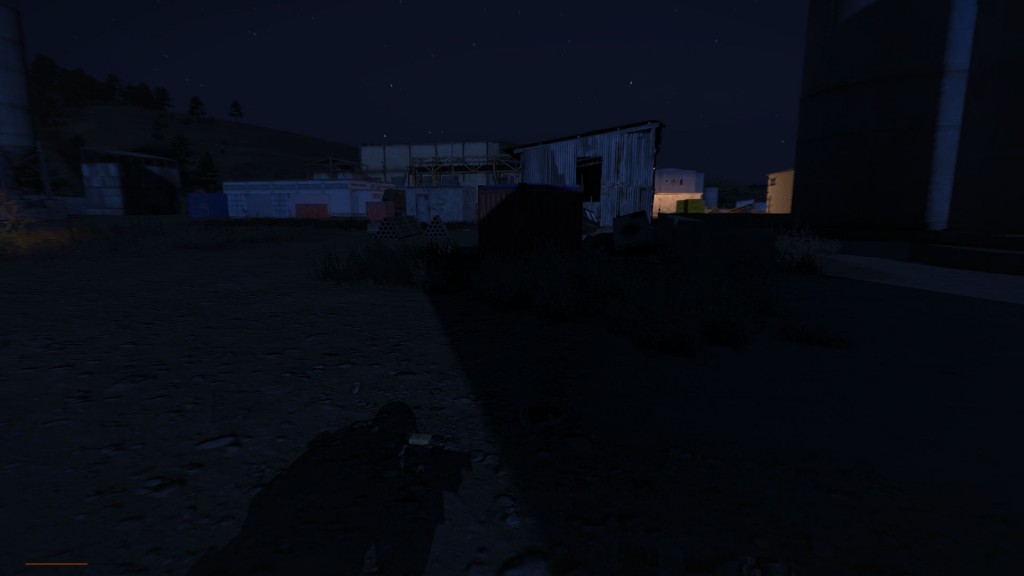 Put simply, the map will automatically darken when dusk/night falls, then brighten again at dawn/daytime. Map Autobrightness should disable if ACE3 map is loaded, since it has similar functionality

You can now customize a variety of settings directly from the CBA Settings menu. CBA Settings allow for easy configuration of the STUI for only your client, the server as a whole, or just for a specific mission. This system also has the benefit of allowing you as a server admin, or mission creator, to force settings being synced across all clients. For further information on how to force and sync settings across a mission, or server, see the server and mission settings portion on the CBA wiki.

To access the STUI settings you start by hitting Escape > Options > Game > Configure Addons > Choosing "STUI Settings" as the ADDON. After navigating to that screen you should see the following: 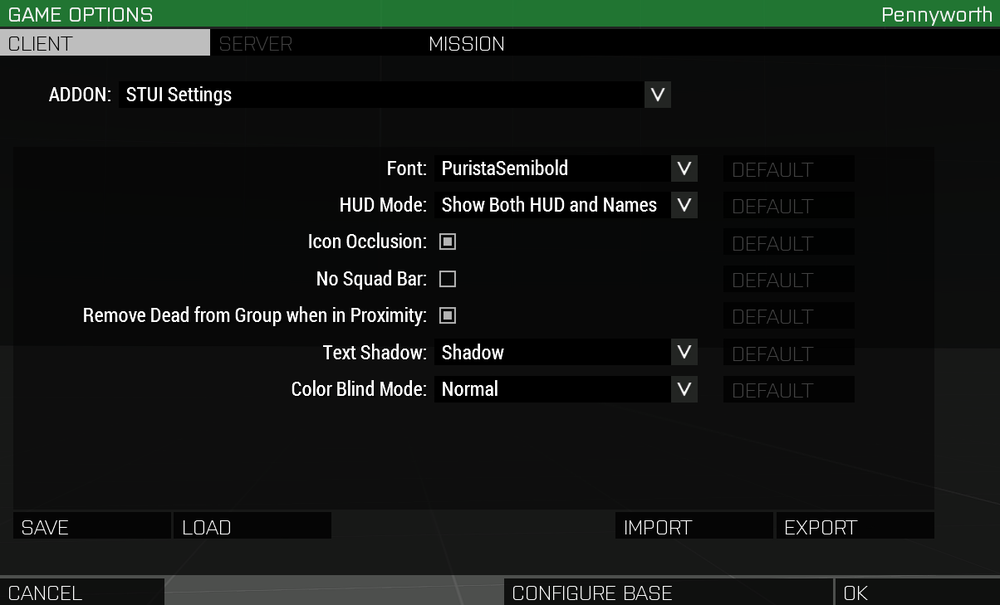 There are nine fonts available to chose from. The default font is "PuristaSemiBold".

The HUD Mode options from the dropdown are as follows:

Icon occlusion can be enabled or disabled by checking the corresponding box. By default, it's enabled.

No Squad Bar can be enabled or disabled by checking the corresponding box. By default No Squad Bar is disabled, meaning the squad bar is visible. See the Squad Bar Hiding section for more information.

Remove Dead from Group when in Proximity

The feature of removing dead units from your group after you look at them from a short distance can be enabled or disabled by checking the corresponding box. By default, it's enabled.

Whether or not the text on the STHUD has a shadow can be controlled from the Text Shadow dropdown. The options are:

There are nine color blind modes available. The default mode is "Normal".